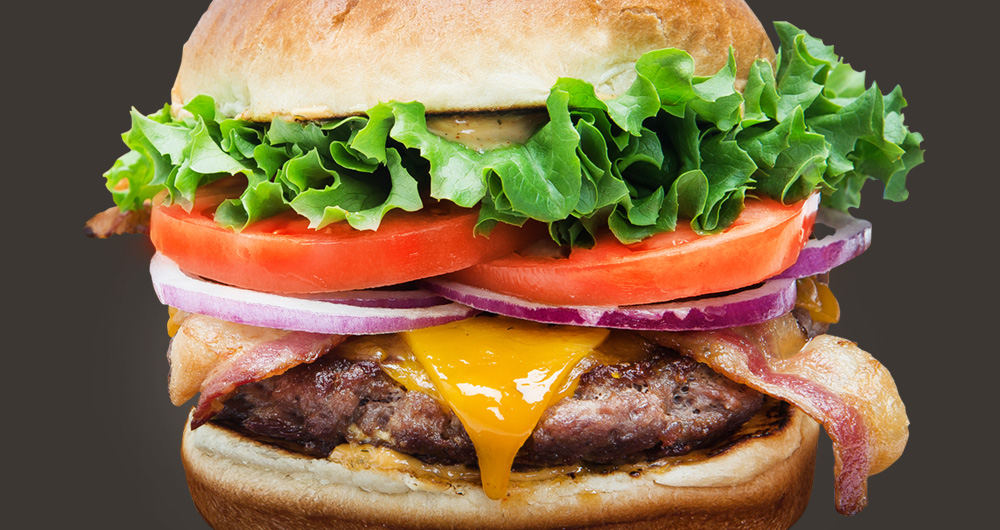 OUR SIGNATURE PATTIES ARE ALL NATURAL, HORMONE FREE, ANTIBIOTIC FREE, GLUTEN FREE 100% ALBERTA BEEF CHUCK, seasoned to perfection, and smashed to order. Try one of our all-star burgers, or build your own with all your favourite ingredients. 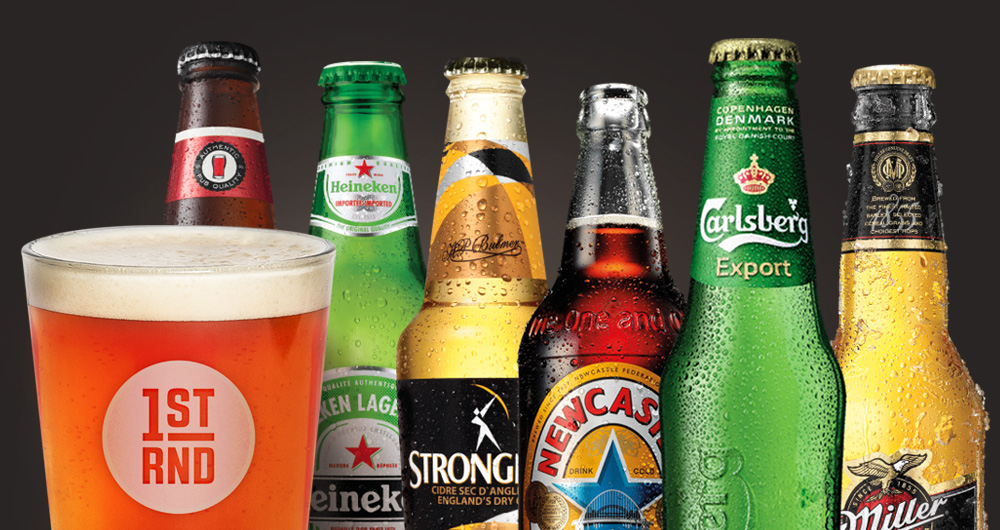 With over 75 brands of beer and various rotational taps, 1ST RND has one of the largest and most diverse beer lists in Canada. We take our beer seriously, which is why we had our draft beer system custom built to serve you the freshest, and coldest pint every time. 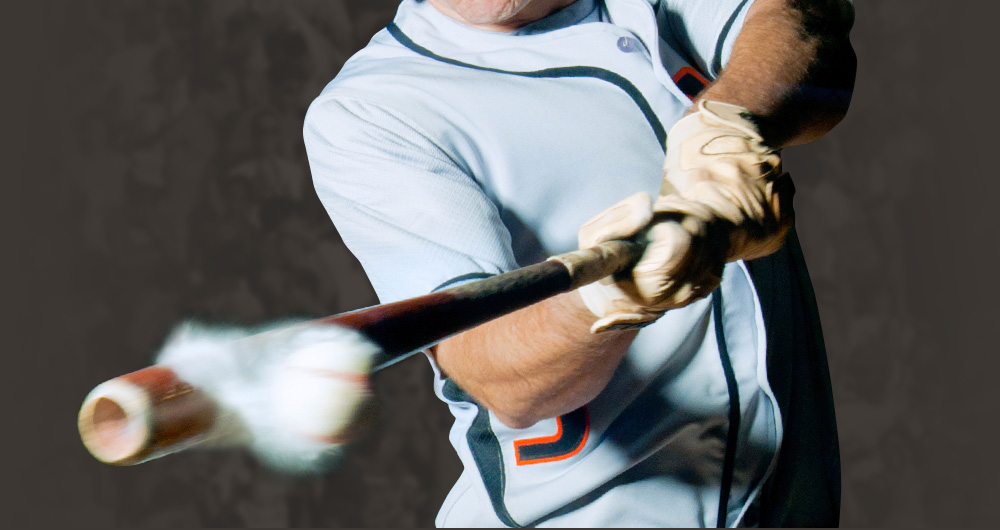 Between football, hockey, baseball, basketball, and golf, we’re showing your favourite sports year-round. No matter what the season, we have something for you to cheer about.

NHL Power Rankings: 1-32 poll, plus the player who must step up for every team
The Capitals and Leafs move up in another shuffle of the top 5. Plus, which players must improve off of slow starts?

Read Full Article »
Kane reports to minors, denies rift with Sharks
Evander Kane practiced with the Sharks' minor league affiliate on Tuesday after completing a 21-game suspension. He said there's a "good plan in place" for his return to the NHL and said he "didn't…

Read Full Article »
Who will be the next Canadiens GM, and what's next for Bergevin?
Montreal made major front-office moves on Sunday. Here's whom it'll target in the GM search, what other moves could be made and what the next steps are for Bergevin.

Read Full Article »
How to watch NHL games on ESPN, ABC, ESPN+ and Hulu
Everything you need to know about how to watch the NHL on ESPN networks.

Read Full Article »
Safety Vaccaro shifts focus from NFL to esports
Despite receiving offers from multiple NFL teams, safety Kenny Vaccaro is forgoing the chance at a Super Bowl victory to instead compete for a Halo World Championship through his organization Gamers…

Read Full Article »
Hill to start at QB for Saints vs. Dallas, per source
Taysom Hill will make his first start at quarterback this season for the Saints on Thursday night, a source told ESPN, after he practiced fully all week with a partially torn plantar fascia that has…

Read Full Article »
Texans say Reid to play after Week 12 benching
Safety Justin Reid will return to play on Sunday after he was benched in Week 12 for disciplinary reasons.

Read Full Article »
Source: Cooper expected to play for DAL vs. NO
Dallas Cowboys wideout Amari Cooper, who missed the past two games after testing positive for COVID-19, is expected to play Thursday against New Orleans, a source told ESPN's Ed Werder.

Read Full Article »
NFL MVP watch: Brady on top; Allen still worth a buy
Tom Brady is the MVP favorite, but are there better values out there? Doug Kezirian breaks down the main candidates and looks at other awards races to watch heading into Week 13.

Read Full Article »
How good is your NFL coach on fourth-down calls? We rank all 32
Coaches are going for it more on fourth, and they're getting better at it. Which coaches are best and what was your team's most important fourth down?

Read Full Article »
'He changed my son's life:' How the Ravens' Mark Andrews inspires others with diabetes
Baltimore's star tight end has had Type 1 diabetes since he was a child, and he tries to motivate others by sharing his story.

Read Full Article »
Rookie rankings: Micah Parsons jumps to No. 1, but who else makes the top 10?
Who are the top first-years through 12 weeks of the NFL season? How high does Mac Jones rank?

Read Full Article »
Packers jump back up to No. 1 in Power Rankings, plus how every team's confidence has evolved
Confidence in Trevor Lawrence and the Jaguars is falling, but we're feeling better about Nick Bosa and the 49ers and Mac Jones and the surging Patriots.

Read Full Article »
Why the NFL in 2021 feels more balanced -- and unpredictable -- than ever before
Twenty-five games have been decided on the final play, upsets are everywhere and the league seems to be without a true Goliath.

Read Full Article »
Booker exits win vs. Warriors with hammy injury
Devin Booker left the Suns' big matchup with the Warriors on Tuesday night with a left hamstring injury and did not return.

Read Full Article »
Bulls, Heat lose picks over Lonzo, Lowry deals
The Bulls and Heat will both lose their next available second-round pick for violations related to the signings of Lonzo Ball and Kyle Lowry.

Read Full Article »
Sources: Adebayo to miss 4-6 weeks for surgery
Bam Adebayo, who is averaging 18.7 points and 10.2 rebounds this season, is expected to miss four to six weeks, sources told ESPN, after the Heat center suffered a torn ligament in his right thumb in…

Read Full Article »
They voted: Recent Knicks villain Trae Young among athletes who got a vote for New York City mayor
The write-in choices for the New York City mayor's race were released Wednesday. After dominating in Madison Square Garden in the playoffs, Young got a vote. However, Knicks players and Aaron Judge…

Read Full Article »
Will Zion's return save the Pelicans' season?
The Pelicans built their roster around Zion Williamson, but he hasn't played a game this season. Will his return to the lineup fix New Orleans' problems?

Read Full Article »
NBA Power Rankings: Can anyone catch the Suns and Warriors?
The Suns are riding a 16-game winning streak into back-to-back matchups against the league-best Warriors. Who takes the top spot?

Read Full Article »
Nelson, No. 2 QB in 2023, follows Riley to USC
Five-star quarterback Malachi Nelson, the No. 3 prospect in the class of 2023, has followed Lincoln Riley to USC, announcing his commitment to the Trojans in a Twitter post Tuesday.

Read Full Article »
Father charged in death of ex-UCF RB Anderson
Former UCF running back Otis Anderson Jr. was shot and killed Monday and his father has been charged in his death.

Read Full Article »
Wolverines join UGA, Bama, Cincy in CFP top four
After defeating Ohio State, and with the Big Ten title game up next, Michigan found itself inside the top four of the College Football Playoff rankings on Tuesday night, joining Georgia, Alabama and…

Read Full Article »
Kelly says LSU coaching job too good to pass up
Brian Kelly said Wednesday that he had no plans to leave Notre Dame entering the 2021 season, but the opportunity at LSU was too good to pass on.

Read Full Article »
What's next for LSU and Notre Dame after Brian Kelly's stunning move?
In a move that will shake up the sport, Kelly is leaving Notre Dame for LSU. Here's what it means for both storied programs.

Read Full Article »
'I want it more than anyone': How Aidan Hutchinson's bet on himself is paying off in big ways
Decades after Bo Schembechler made the phrase "Those who stay will be champions" famous, Michigan star Aidan Hutchinson is epitomizing it.

Read Full Article »
Bottom 10: Revealing the final standings for 2021
Was UMass' October win over UConn enough to keep the Minutemen from being our best worst team in college football?

Read Full Article »
Oklahoma and Texas show how quickly the tables can turn in college football
Both teams were finagling their way into the most exclusive club in CFB. Since then, it's been issue after another.

Read Full Article »
Sources: Dodgers expected to bring back Taylor
Chris Taylor, who earned his first All-Star nod in 2021 while playing six positions for the Dodgers, is expected to return to the team via free agency, sources told ESPN.

Read Full Article »
Mets' Scherzer ready for pressure, leadership role
New Mets pitcher Max Scherzer said the pressure of playing in New York "is a privilege, not a problem" and he looks forward to helping shape the culture of the team's clubhouse, which faced…

Read Full Article »
Sources: MLB, players no closer to agreement
Major League Baseball and the players' union are no closer to a new collective bargaining agreement with the expiration of the current one looming, sources said.

Read Full Article »
Braves tender contract to NL RBIs leader Duvall
The Braves tendered a contract to OF Adam Duvall and also reached agreements with Orlando Arcia and Guillermo Heredia in a flurry of moves before Tuesday night's deadline.

Read Full Article »
Countdown to 11:59 p.m. ET: Everything you need to know about MLB's looming lockout
Will baseball's labor strife halt the hot stove and possibly even delay the 2022 season? We've got answers to all your questions ahead of tonight's deadline.

Read Full Article »
2021-22 MLB free agency, offseason trade news and hot stove updates
Who are some of the top free agents for 2022? Which teams are looking to make big trades? We've got everything you need to know about the hot stove season.

Read Full Article »
MLB free-agency tracker: Latest moves, grades and analysis
Need to keep tabs on all the major signings? Want to know how our experts grade the big deals?

Read Full Article »
Grading the Rangers' latest splurge
The Rangers have spent a staggering $561 million so far. But will it be enough to win the AL West?

Read Full Article »
Veteran 2B Odor to join Orioles on 1-year deal
The Baltimore Orioles have agreed to a one-year deal with second baseman Rougned Odor.

Read Full Article »
Was Javier Baez the right choice for the Tigers?
Baez makes the rebuilding Tigers a lot better -- and more exciting. But Carlos Correa might have been the better fit.

Read Full Article »
What dy$function? Mets' megadeal for Scherzer proves money changes everything
The Mets had a disastrous 2021 and the beginnings of a tumultuous offseason. That's all erased with Max Scherzer's record-shattering new contract.

Read Full Article »
A-Rod, Bonds, Clemens: Who gets in from the 2022 Baseball Hall of Fame ballot?
With stars like David Ortiz and A-Rod joining the ballots -- and all-time greats like Barry Bonds and Roger Clemens about to fall off -- which players could get the Cooperstown call this winter?

1ST RND proudly supports fundraising efforts for organizations of all sizes. Contact us to book your event!

Sign up for the 1ST RND Roster and be the first to receive exclusive offers and discounts, and to hear about events, autograph sessions, and game day promotions!